The secret lives of wechat chatbots

Chatbots rocketed into the limelight last year, bolstered by the enthusiasm of Facebook and Microsoft, though the technology wasn’t mature yet.

In China, however, the response was more muted. While Facebook was busy pushing its new Messenger app – boasting when it hit 11,000 bots – Tencent, the maker of WeChat, quietly let millions of accounts develop AI-powered bots of their own, keeping a wary eye out for abuse. Accounts like Cara, for example, are shut down, as Tencent wants to confine bots to customer service-related functions within brand accounts.

But unsanctioned bots run amok on the social network, often tactlessly spamming groups or artificially inflating a brand’s likes and follows. The Chinese tech firm clamped down last year on thousands of accounts, denouncing the use of external software to alter WeChat. Tencent did not reply to queries about its policies on bots.

Unlike WeChat’s “official” accounts, designed for commerce and media, these rogue bots hijack personal accounts. They can be purchased on Taobao, the country’s most popular online marketplace, for a couple of dollars or less. Some accounts are even “farmed” before they’re sold, which means they already have friends and have logged a certain amount of human-like activity, such as posting on Moments, WeChat’s newsfeed-like feature.

“If I grow a WeChat account to 3,000 to 5,000 friends, one ad on my Moments could be worth between [US$14 to US$140],” explains Li Jiarui, a Javascript and WeChat bot developer based in Beijing. “It depends on the quality of your account.” 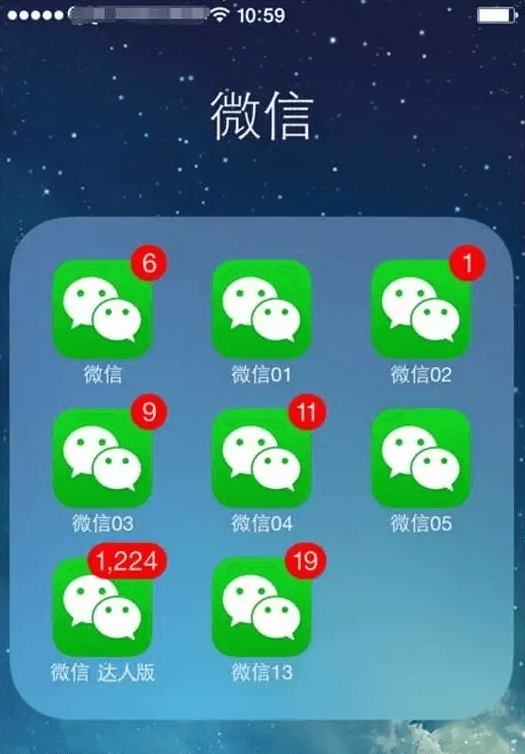 Jiarui doesn’t farm WeChat accounts, but she’s familiar with the industry. Account farming is driven by the needs of marketing and advertising agencies, as well as weishang, or “micro shops” run through personal WeChat accounts. Unlike brand accounts, personal accounts are easier to register and can participate in group chats. These shopkeepers often use their Moments to advertise all kinds of products, from imported baby powder to fake luxury handbags.

“Because they often get shut down, we can learn a lot from their experience,” says Jiarui.

Jiarui began developing WeChat bots about half a year ago to automate group management for her dance community on the messaging app. Her bot can automatically pull friends into groups and welcome new members, as well as hold basic conversations thanks to a Chinese natural language processing framework called Turing Robot.

In fact, her chatbot is so popular that Tencent once chose it as a beta tester for WeChat.

“They thought I was a serious WeChat addict,” she laughs. “They probably thought that I was on WeChat almost 24 hours a day, not doing much else. Because of my activity, they assumed I was a high-quality user.”

Other chatbots, like “Micro Friend Assistant”, are also designed to tackle WeChat’s clunky group management system. Micro Friend Assistant lets group administrators set responses to keywords, automatically upload shared files to cloud storage, or even track and analyze group activity. But, like Cara, it too was shut down.

“This Chinese New Year, I tested out a hongbao bot and then I was banned for like a week or so,” says an employee at a chatbot company, who requested anonymity. He forgot to program the bot to not be the first one to grab the red envelopes – a total bot giveaway. Adding too many friends in a short amount of time can also raise a red flag.

Tencent is understandably opaque about its rules for catching bots to keep developers on their toes. But Jiarui has learned a few tricks from the app’s shopkeepers, such as using mobile data instead of wifi to send messages, and tying a bank card to the bot’s account.

“Do your best to mimic a real account,” she advises. Chatbots should follow brand accounts, have a profile picture, post on Moments, and both proactively and passively make friends on the app. “Ideally have your friends add you first. And try to have these friends comment on the content in your Moments,” she says.

At the moment, many WeChat bot developers rely on hacking the app’s web version. A quick search for “wechat bots” on Github pulls up multiple projects that can turn personal accounts into bots, such as WeChaty, the framework that Jiarui uses. However, that too has its limitations. Scraping the app’s web interface limits you to basic functions, such as sending messages and adding friends.

“Web WeChat is this crippled, semi-supported project by Tencent,” emphasizes Alex, a freelance web developer who would only disclose his first name. You can only do about a quarter of what you can do with the mobile app, excluding all the “interesting features,” he says.

Nevertheless, the commercial potential of chatbots has startups like Urbem, a WeChat-based restaurant recommendation and deals startup, interested in the technology. The startup’s account is already staffed with a bot that navigates Urbem’s database to recommend restaurants to its users.

Urbem sees friendly chatbots as a way to generate leads from the various food groups it manages on WeChat.

“We want to link this bot to the bot from our [brand] account’s knowledge base,” explains Steven Chen, founder and CEO of Urbem. “Then this bot [will be] interesting and knowledgeable, and people follow the bot.”

“Eventually, we would convert them to our WeChat account, so they can pay to be a member. That’s how we generate revenue,” he says.

Given Tencent’s unforgiving stance towards rogue bots leaping into your messages, it’s uncertain how these bots, even those that have a positive impact or fulfill legitimate needs, will develop on the social network. Allowing unofficial bots to thrive on WeChat opens a Pandora’s box of possibilities, including AI of the Cara ilk. For now, bot developers will have to work hard to build increasingly human-like and believable messaging bots to slip under Tencent’s radar.

From ：www.techinasia.com/wechat-unofficial-bots by Eva Xiao